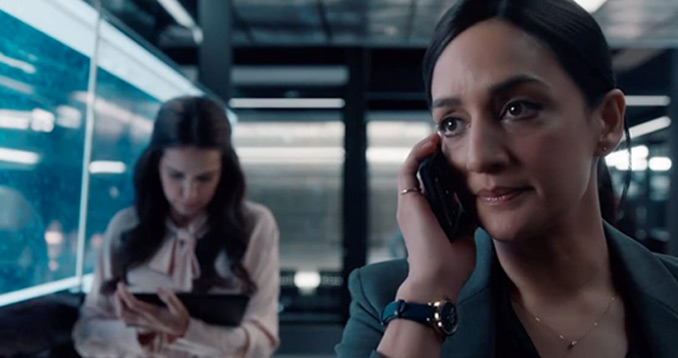 Archie Punjabi is back in the lead in the second season of TV drama Departure. In the first season, a British passenger airliner crashes into the middle of the Atlantic, killing hundreds of passengers.

Canadian actor Christopher Plumber played Howard Lawson, the chief of the british aviation safety agency, moving quickly to stabilise the situation, persuades ace investigator Kendra Malley (Panjabi)—in seclusion since her husband died in an auto accident that also left her badly injured—to come back to find out what happened.

In the second season, Plummer is barely present; the 91-year-old actor suffered a fall at home during the production that first incapacitated him and he finally died early last year.

While the first season was set in Britain, the second season is set in North America where Malley is now working for the U.S. National Transportation Safety Board—is investigating the crash of a high-speed train between Toronto and Chicargo with an oil-tanker truck somewhere in rural Michigan that’s killed several dozen people.

This second season might appeal to a North American audience more with the change in the setting. The cast is also more diverse in the season with more people of colour and LGBT characters. Punjabi is also more on her own this season with the loss of Plumber.