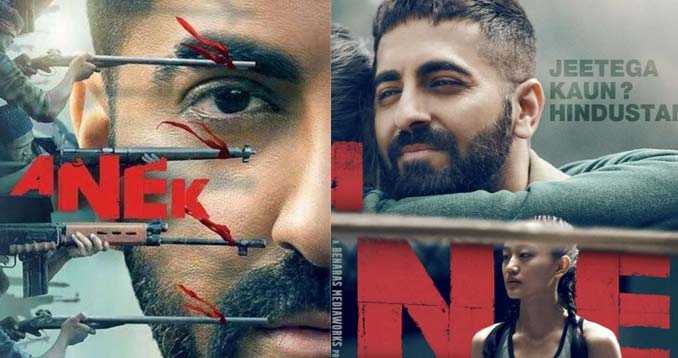 Anubhav Sinha’s Anek is a compelling political drama, just released on Netflix, is set in the northeast region of India starring Ayushmann Khurrana who carries the film with his star power.

Sinha, tackles this long standing political struggle in the region which is comprised of Arunachal Pradesh, Assam, Manipur, Meghalaya, Mizoram, Nagaland, Tripura and Sikkim. The film does not specify where is set, but it could be either Monipur or Nagaland where rebels have claimed that they are not a part of India have been fighting for recognition since independence of which India marks 75 years this year.

The film is well written with a backdrop of peace talks where the notion is what is peace is explored. It tries to capture both sides of the conflict and draws the audience in to understand some essence of struggle. The film also captures the political divide of the desire for the political struggle for those on the front lines and those, particularly mothers, who are affected by the loss of their children and who just want peace.

The part of the story is the struggle of young woman who wants recognition of her identity through winning a medal for India in boxing. This shows the struggle of how the people in region face xenophobia and are not accepted as fully Indian.

Khurrana is the only seasoned actor in the film that carries the narrative successfully. He has taken on some very difficult and challenging roles with difficult subject matters which he does not shy away from. This is a difficult film but Khurrana is able to deliver the story well.

Sinha has recently delivered films about equality and justice such as Mulk, Article 15, Thappad in the context of religion, caste, gender, and now region.